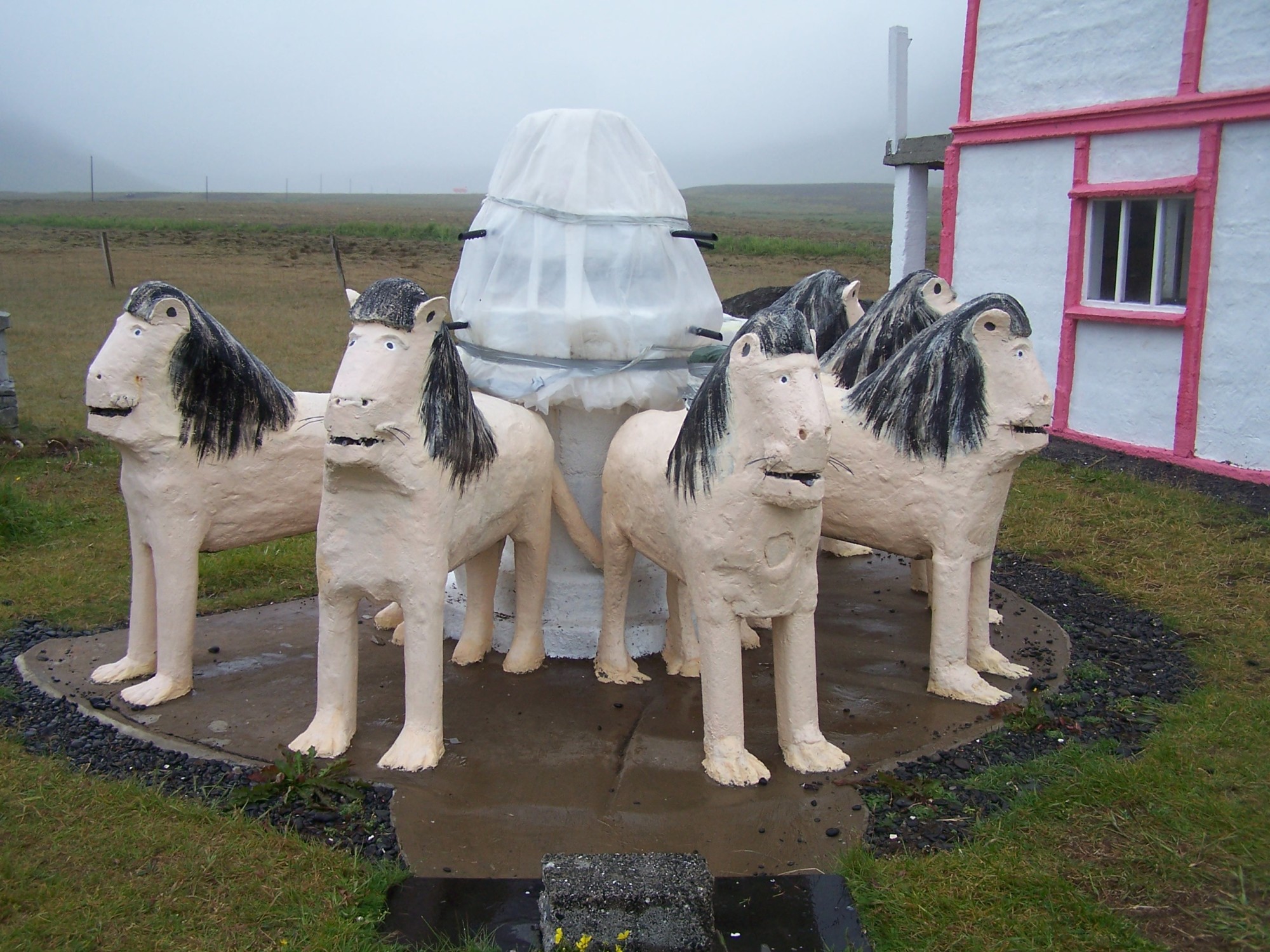 I’d call it a serendipitous sprain. In terms of spraining an ankle on a 16km hike- I got about as lucky as you can get. While strolling along, being social, and chattering away with fellow attendees of a Meetup hike, I stepped on a part of a path that wasn’t really a part of the path and my ankle rolled over just before the rest of me did. I call it serendipitous, because I did it just as a first responder was finishing up a casual morning stroll. We were less than 1km into the hike and 100m from her house, and so after a quick assessment she led me back to her house and gave me a ride back into town (about another 100m away). There was a bar and a cafe in town, which isn’t always the case for hikes, so I at least had a place to hang out while I waited for my ride to finish the remaining 15 km. The free time inspired me to finally sit down and write a few of the ideas I’ve had in my head for months. So without further adieu, here you go.

The inspiration for this post came from a few places: a crummy movie, a pool that looked so much different in real life than the Facebook posts, and a ‘waterfall’ that would have been better described as a ‘small creek that happened to have a tumble over some rocks’. With all of these experiences, it really hit me how much social media, and marketing, can glorify reality sometimes. Even I only tend to share the highlights–who wants to read about an average Tuesday afternoon or a mediocre tourist attraction? While this onslaught of amazing posts can be inspiring, it inevitably sets our expectations so high that the things that are actually cool in real life, can seem lackluster. This post is my attempt to show that not everything about travel is glorious, there are some duds out there, and don’t get so oversold on the top 10 lists that you miss out on the state and city parks that harbor beauties closer to home.
(Side note: most of these aren’t my own pictures…because I didn’t bother to take any of said attractions, so I had to rely on Google)
1. Museum of the mummy Juanita in Peru.
The premise for this museum sounds awesome: a perfectly preserved mummy, encapsulated for centuries in a glacier, is finally freed after a volcano erupts and warms up the surrounding area. Hikers/archaeologists stumbled upon the remains shortly after the eruption and eventually the museum was set up to display Juanita and other artifacts from the area/time. The execution, on the other hand, left a bit to be desired. For 20 minutes of our hour long guided tour we watched a clip of a National Geographic special about her. Our tour guide seemed less enthused to be there than we were, reciting the facts of each piece of pottery or scrap of a shoe with as much excitement of a standard text-to-speech feature on your phone. My favorite part: a photograph of the mountain where she was found, complete with different photograph cutout of Juanita, that had been taped on top of the mountain photograph. Care was taken to put the cutout of Juanita at a slight angle to reinforce the tumble she’d taken down the side of the mountain after the glacier melted.
An actual mummy was in the last of the three rooms of this uninspiring museum (although not Juanita, she was on her annual break for a few weeks, no biggie). So we did get to at least see a mummy, but it wasn’t worth the hour long torture of a ‘tour’ we had to endure to get there.
2. Samuel Jonsson sculptor museum in Iceland

As Barb and I toodled around the Westfjords of Iceland, our Lonely Planet guide was our bible and in general it was brutally honest one, albeit terse at times. One sentence described a small museum being built to a sculptor at the end of a fjord, where some famous band had held a concert because they were some famous band and could do that. When we arrived, we learned that the term “sculptor” had been grossly over-applied. Do you remember when you had the unit in school where you got to paint a pet rock? This was that, but on a much larger scale. Phallic pieces of rock were brightly painted to resemble horses, people, and other unidentifiable members of the animal kingdom. While I will say it was most definitely entertaining, even the most liberal  definition of art couldn’t include this overgrown rock garden.

I respect that this one might not sound that cool to the non-nerds out there, but it’s something that has always befuddled me.  Is there really a spot where the date is different on one side of the line vs the other? What’s the science behind it? On one of our day trips from the Remote Resort in Fiji we happened to be exploring an island where the international date line ran through, so we went to go check it out. At the top of the hill, there was a sign erected by the Rotary Club with a few sentences about the meridian. Otherwise, this place would have been wholly unrecognized. Barb and I took a few shots high-fiving over it, read it a few times, and then headed back down the hill. I still don’t get it, and without her to remind me of the experience, it wouldn’t have made this post.

4. Sardine sandwich, Barcelona.
Eat the local fare. It’s always a good rule of thumb and one that I generally abide by. Doing this on a budget can sometimes be a challenge, especially in a place like Barcelona. So when a friend saw a fish sandwich on a menu for only a dollar or two more than a turkey one, he sprung for it. City on the beach, we thought, seafood must be top notch! It came out, and was literally 5 sardines laying across a piece of baguette, with some butter. Lesson learned: if you’re in an expensive city and its cheap, it’s probably too cheap to be good.
5. Cinema Nova movie theater, Melbourne
Looking back, of the five, this is the only I was ever angry about. If you’re from Austin, you’ve experienced an Alamo Drafthouse movie (or skit, or special event) and all their glory. So when I found a movie theater here that claimed to be a “long-running arthouse movie theatre with in-cinema dining and a stylish terrace cocktail bar,” I ventured there on my own on a Friday night to check it out. True to Alamo rituals, I showed up at least 45 minutes before my movie. The ticket salesperson looked at me like I was nuts and asked if I was sure I didn’t want to see an anime flick that started in 5 minutes, but I declined and opted to hang out in the bar instead. I’d soon learn that this was not the type of bar that you could make small talk with the bartender, as he had no patience for my questions about the beer options. He had even less patience/interest in conversing with a shy but chatty foreigner that had shown up way too early for their show. Even calling this place a bar was being gentle- it was physically connected to the concession stand and sported the same movie theater carpet that wasn’t cool in the early 90s, and still isn’t cool now. It was a far cry from the ‘stylish terrace cocktail bar’ that had sounded so enticing.
After 30 minutes of shameless Facebooking in the bar at a table by myself (there was no one else in the ‘cocktail bar’), I tried to go into the theater. The worker there informed me that it still wasn’t open yet (the movie started in 20 minutes!) and to have a seat in the lobby area. A few minutes before my movie was to begin, he called it our theater as open, and I excitedly hopped up. The next kicker: I was the first one there. The only one. So I called my friend from inside the theater, because I could actually call them from inside the theater. He proceeded to hardcore judge my choice of movie (I thought Tom Hanks still made blockbusters, my bad for being so out of touch). Ten minutes later, two couples did show up, and the previews finally started. Our first: a commercial for dentures. I shit you not. Cinematic commitment my ass, Cinema Nova theater.
Alamo Drafthouse, you are special, and I love you, and sorry for ever down-casting you as the less exciting option for weekend hangs. Rock on.
On a closing note, I fully intended to keep up with the blog, but it’s pretty obvious I’ve done a piss poor job of that so far. My lack of posting doesn’t mean that I haven’t been having a good time- while not as frequent as what they would be without a pesky 40 hour a week commitment- Australian weekends have certainly packed their punch of blogworthy adventures. When I can, I’ll do my best to keep ya’ll informed :).
PS- if ‘Sully’ is somehow still playing in a theater near you, wait for it to come out on VHS.